We are Hales Franciscan High School! A historic, accomplished, 57 year old, nonprofit, educational institution affiliated with the Roman Catholic Archdiocese of Chicago.  We are located in Chicago’s historic Bronzeville neighborhood. Our mascot is the Spartan, our school colors are scarlet red and black, and our motto is “Unto Perfect Manhood.” 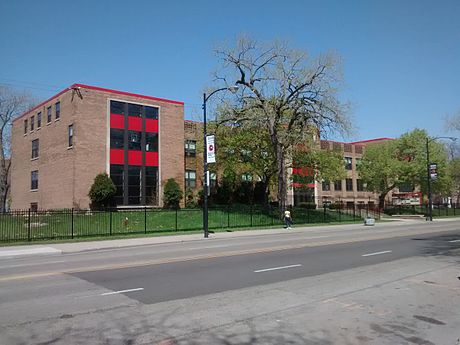 Hales Franciscan is named after Alexander of Hales, a Franciscan scholar from the Middle Ages, and was started by the Franciscans of the Sacred Heart Province.  The Franciscans are a Catholic religious order founded in the 13th century who follow St. Francis of Assisi. His teachings require followers to dedicate their lives to poverty, chastity, obedience and the good of their fellow man as well as to social justice and the needs of the poor.

The inspiration for Hales Franciscan dates back to the now Venerable Father Augustus Tolton — who escaped slavery and eventually became America’s first Black Catholic priest. As a lay Catholic in 1878, Father Tolton, the Franciscans of the Sacred Heart Province and others contributed to the opening of St. Joseph School in Quincy, IL — Illinois’ first Catholic school for African-Americans.

Hales Franciscan was built upon and is still guided today by this expertise acquired by the Franciscans of the Sacred Heart Province over 115 years as well as the expertise obtained by the lay school administrations that have operated it for the last 27 years.

The land at 4930 S. Cottage Grove Ave., where Hales Franciscan High School is located today, became available when St. Xavier College moved to its current location on Chicago’s south west side.  The Archdiocese of Chicago graciously made this land available to the Franciscans of the Sacred Heart Province as a symbol of their strong support for the opening of Hales Franciscan so African-American males could receive a high quality, Catholic, private school education.

Mayor Richard J. Daley and Monsignor William McManus laid the cornerstone at the dedication of the school on September 8, 1961 and Hales Franciscan opened to young men in September 1962. 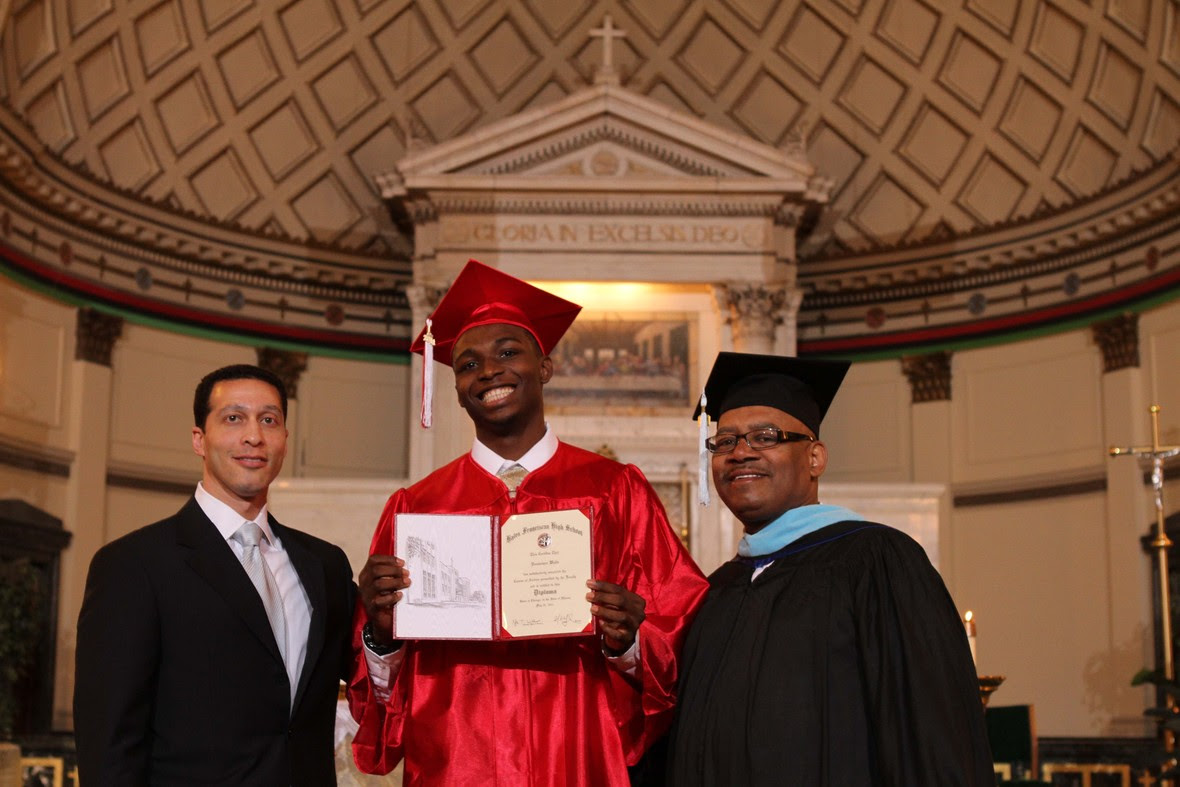 The Hales Franciscan model has successfully graduated 53 senior classes comprised of over 3,000 students. Several former school administrators and instructors trained to use our model have gone on to receive national recognition for their work in educating thousands of additional young African-American male students. In addition, our model has inspired them and others to open all-male urban charter and public schools around the country.

As a testament to our effectiveness in preparing African-American males for future success over the last 57 years, Hales Franciscan, its staff and students have been recognized by three U.S. Presidents, two U.S. Secretaries of Education, State Legislators, Chicago Mayors and countless political, community and religious leaders.